The hydrogen strategy 2.0 ensures the necessary market ramp-up so that the climate targets can be achieved 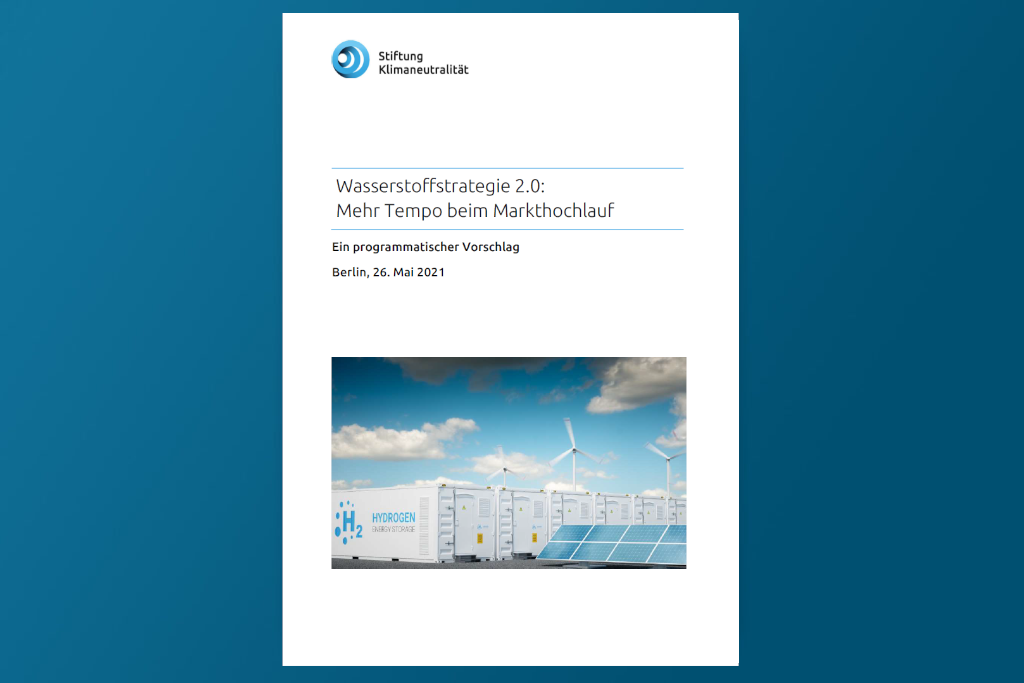 Climate Neutrality Foundation (2021): Hydrogen Strategy 2.0: How to accelerate the market ramp-up. A programmatic proposal. (in German)

On the road to climate neutrality, hydrogen is an indispensable industrial raw material and energy carrier. Our study “Towards a Climate-Neutral Germany 2045” forecasts a demand for more than 60 TWh of hydrogen as early as 2030. Even with a very rapid expansion of renewable energies in Germany and an increase in electrolysis capacity to 10 GW, only just under a third of the demand can be covered by domestic production.

Against this background, the Climate Neutrality Foundation commissioned the Öko-Institut to study how the current National Hydrogen Strategy should be further developed in order to achieve the climate targets. The study quantifies the realistic potential of hydrogen production in the next 10 to 15 years for Germany, estimates the expected costs and justifies the need for active sector allocation (study in German only, English summary on page 6).

Based on this study, the Climate Neutrality Foundation makes a proposal for cornerstones of a hydrogen strategy 2.0 (proposal in German only).

The proposal builds on the existing National Hydrogen Strategy, adapts it to the new goal of climate neutrality by 2045 and supplements the existing strategy with specific measures.