The upcoming review of the Federal Transport Infrastructure Plan (FTIP) is a chance to align transport infrastructure planning with climate change goals. 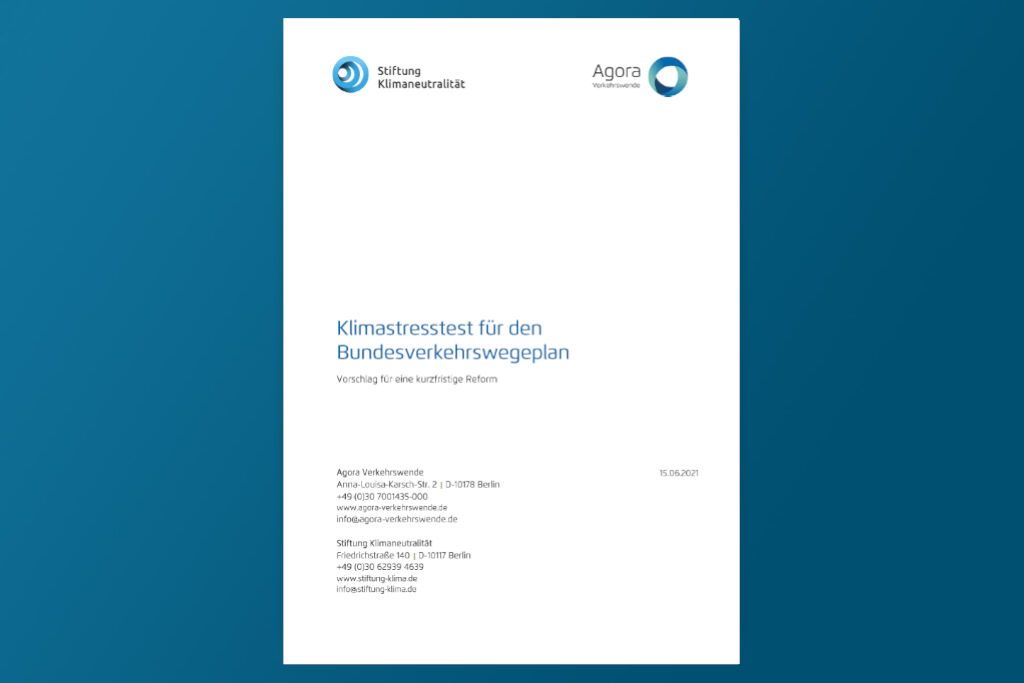 Against this background, Climante Neutrality Foundation and Agora Verkehrswende have commissioned the law firm Becker Büttner Held to investigate in a legal opinion (in German) whether and how the Federal Transport Infrastructure Plan and the expansion laws based on it can be adapted in the short term so that infrastructure planning is in line with climate protection targets.

Against this background, Climante Neutrality Foundation and Agora Verkehrswende make a proposal for a short-term reform: